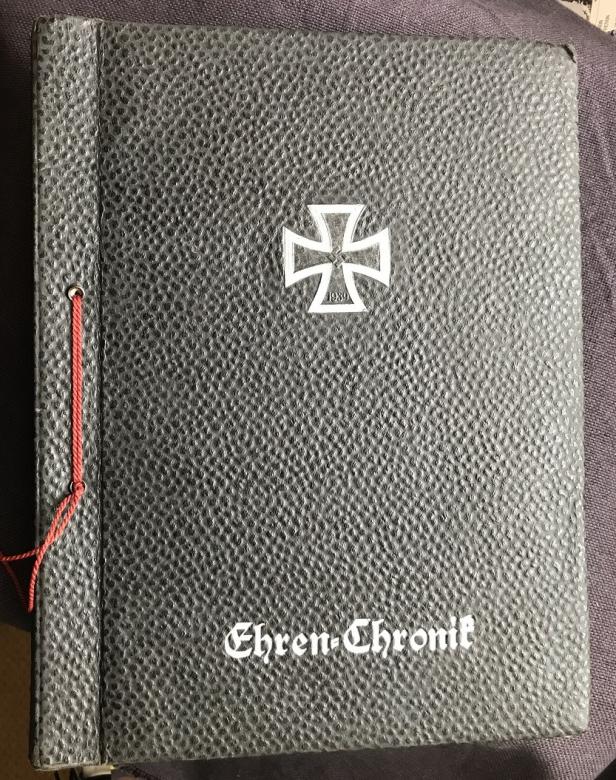 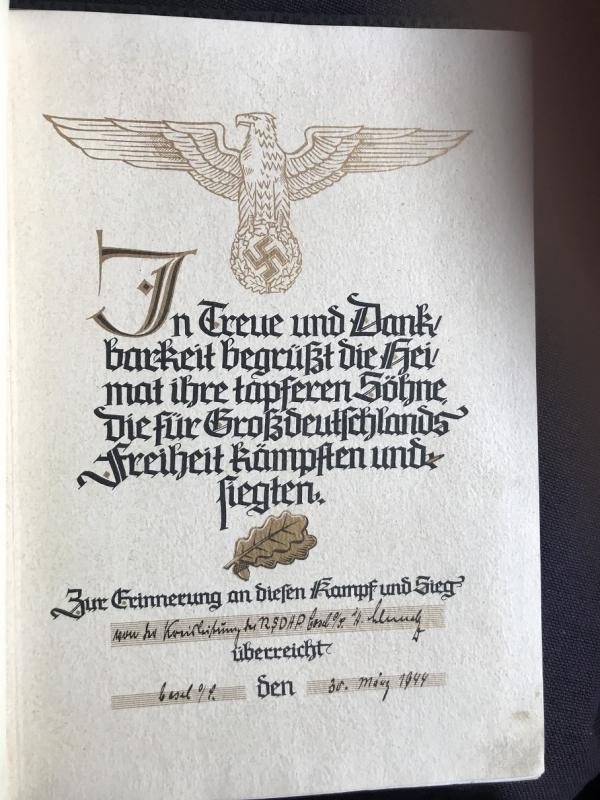 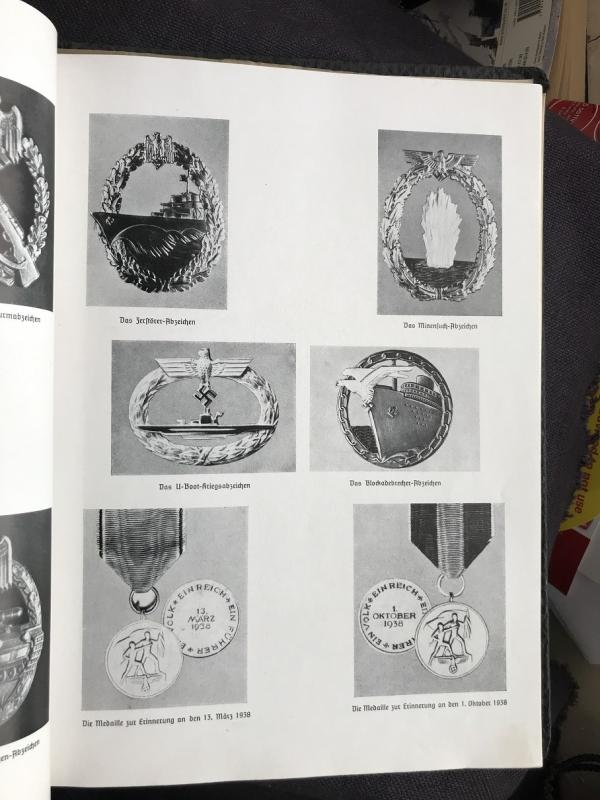 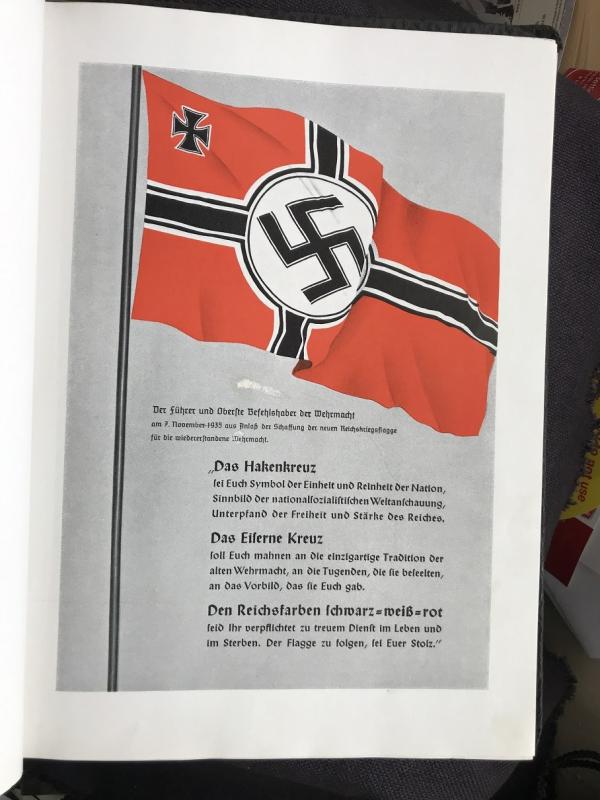 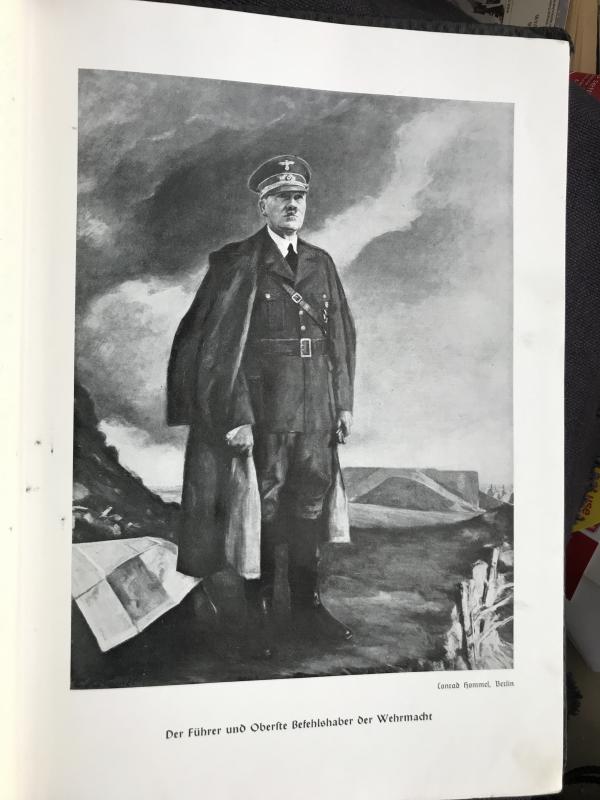 A virtually mint condition and rare Ehren Chronik or Honour Chronicle.
Slightly larger than A4 leather effect folder embossed with a 1939 Iron Cross.
Given out by an NSDAP Kreisleiter in May 1944 in commemoration of a soldiers service time and battles won. Given to retiring Wehrmacht soldiers so they could record their service time, family history, awards, proof of Ayran descent, commanding officers, battles taken part in, special training, an Honour section to record comrades KIA etc etc.
Has plates of notable III Reich personalities eg. Hitler, Göring etc. Several illustrated pages showing various III Reich awards including several grades of the Iron Cross, up to the Knights Cross with Oakleaves.
Has several pages of waxed paper packets and sheets to hold citations and photos, one being stamped “Urkunden”.
30+ plus pages of photos and text showing the Wehrmacht in various scenes.
Published by the NSKOV (Nationalsozialistische Kriegsopferversorgung) The III Reich Veterans association.
I haven’t seen many of these Chroniks’ in complete and mint condition, have only had the empty folder before so quite scarce.